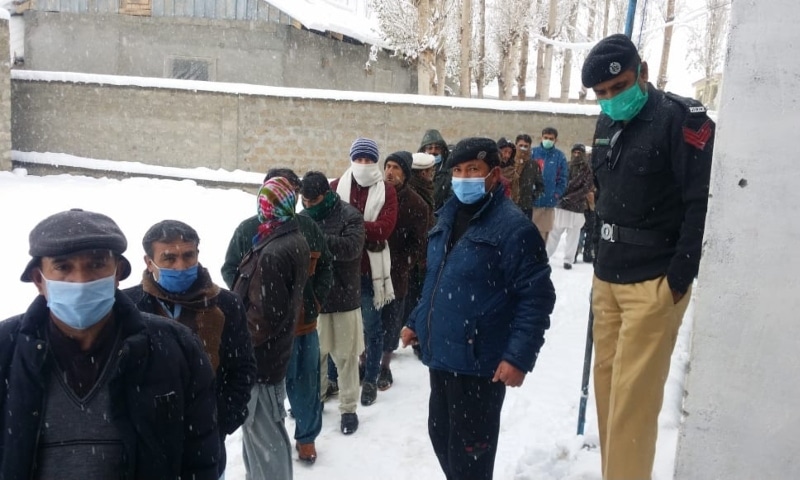 Excited people in large numbers are using their right to vote in Gilgit-Baltistan Assembly elections. The polling is in smooth process and it will continue till 5 pm without any pause.

There are 745361 registered voters in Gilgit Baltistan who are voting at 1160 polling stations arranged in the region. There are 24 constituencies in total while 330 candidates are contesting the elections in 23 constituencies as polling in one constituency has been postponed.

Extensive security arrangements have been deployed for the smooth functioning of elections.