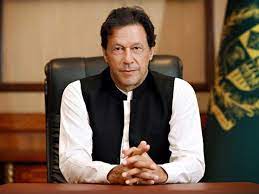 Prime Minister Imran Khan has said that the government has resolved to increase funding for the HEC’s funding in the next fiscal year.

He said this on Friday while chairing a meeting for the uplift of higher education in Pakistan.

He directed the federal education minister to talk to the relevant authorities and minsters to identify the requirements in this regard.

Speaking on the occasion, PM Imran Khan said the promotion of higher education would be the stepping stone for the development of the country, referring that the developed countries have spent a sufficient chunk of their GDP on education, which makes them more prosperous. In order to increase financial resources for the higher education, the PM directed the federal minister of education to immediately consult the Federal Ministry for Planning and the Federal Ministry for Finance and to consult provincial ministries for finance, asking to submit a report identifying the resources, mobilization and recommendations within a week. PM Imran Khan said the federal government, in consultation with the provincial governments, was determined to increase the budget allocation for higher education for the next financial year.

During the meeting, Chairman PM’s Task Force for Science and Technology, Prof Dr Ata-ur-Rehman gave a detailed briefing to the prime minister on the use of resources and technology required by the HEC for the promotion of higher education.

Prime Minister’s Task Force on Science and Technology Chairman Dr Atta-ur-Rehman talked about the utilization of technical resources for the functionalities of Higher Education Commission.