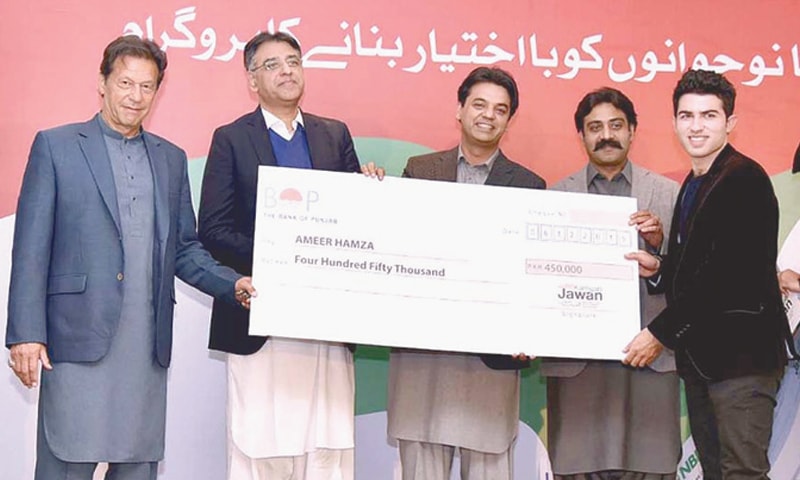 Prime Minister Imran Khan has said that young people in Pakistan will be facilitated to go for their own small and medium businesses.

He said this when he was there in Sialkot to distribute cheques among the successful ‘Kamyab Janwan’ applicants.

He also said that the government would announce more loan facilities for the youth so that they might run their own enterprises successfully.

He further said that the focus of his government was to enhance exports and for that full support would be given to the industries.

He also told the business persons of Sialkot that an industrial zone would be established in the city on one thousand acres land for the facilitation of the business community.

He also said that his government was working hard to provide the masses with technological support keeping in view the importance of technology in the current era.

He announced a seventeen billion rupees development plan for the development of Sialkot and assured the people of a visible change in their lives with the help of that plan.