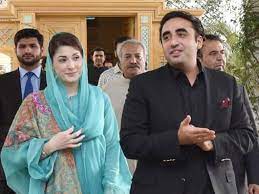 Information and Broadcasting Minister Senetor Shibli Faraz on Thursday said that the meeting between PPP Chairman Bilawal Bhutto Zardari and PML (N) central leader Maryam Nawaz was a sign of their retreat in Gilgit-Baltistan polls.

According to the details, the information and broadcasting minister tweeted that both the political parties would challenge the fairness of the elections if the result goes opposite to their desires.

His tweet further read that both the parties would consider those elections fair in which they secure more seats.

He wrote that such type of meetings could not brighten the dark future of Pakistan Democratic Movement (PDM).