No trade with India until revocation of India’s August 5 step: Imran Khan 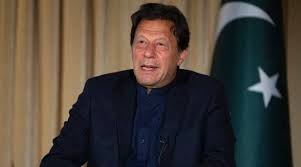 Special Assistant on National Security Moeed Yusuf has quoted Prime Minister Imran Khan of saying that Pakistan will never go for any kind of trade with India until it withdraws from its illegal step of August 5, 2019 in the occupied Jammu and Kashmir.

While talking to the PTV on Friday, Moeed said that the prime minister gave these instructions during a meeting in Islamabad. He further quoted the prime minister of saying that dialogues with India would only be possible if it goes back from its illegal siege of the valley.

He also said that the prime minister had also instructed the economic team to import sugar from other countries to meet the needs in the country.