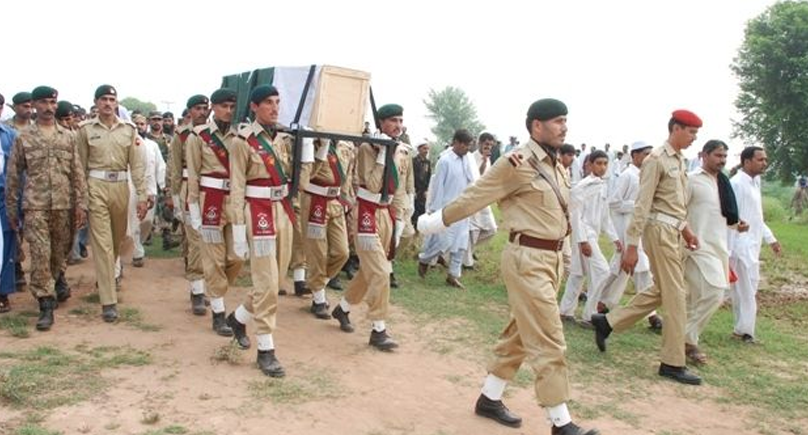 Pakistan Army is one of the strongest pillars of Pakistan’s state infrastructure. The Army plays a dominant and prominent role in all state affairs. Pakistan Army is a symbol of national integration, unity, and the strongest fortress of defense. The Pakistan Army has persisted and continues to be the most well-managed, disciplined, and responsive institution of the country, which besides defense also holds ironic and iconic antiquity of making sacrifices and contributions towards nation-building by assisting the governmental institution in several arenas and turfs. The prestigious Pak Army has been frequently asked out for carrying out the responsibilities and tasks which were fine yonder and afar from the scope of its role and jurisdiction. The strengths and privileges of our military comprise a large reservoir of disciplined manpower, organizational capability, aptitude as well as strength, technical expertise and skills, accountability, sincerity of purpose, and experience in the facilitation and assistance of the civil administration and structure.

The Pakistan army is entitled to make innumerable positive contributions and impacts. For instance, the Pakistan Army has worked a lot in the remote areas of Pakistan i.e., Gilgit-Baltistan, FATA, Chitral, and Baluchistan, by taking part in the construction of roads, education facilities, and water supply schemes, and medical facilities through CMHs and medical camps. A major example in this context is that the Frontier Works Organization, raised in 1966 for the construction of the Karakoram Highway and the all-weather road, was completed in 13 years from Havelian to Khunjerab. The Pakistan Army has also delivered valuable assistance in natural catastrophes.

The National Logistics Cell (NLC) was established in 1977. It is mainly managed by the serving Army officers. It offers a transport fleet comprising 2000 heavy-duty vehicles capable of combating logistics crises, especially in handling the transportation of dry and liquid cargo in the country. The professionalism and the quality of services being displayed and provided by NLC have made NLC the most reliable and renowned in the Logistics and Construction sectors of Pakistan. Keeping the pace with the latest technological advancements and with the origination of new trends in the fields have contributed a great deal to the remarkable growth and success of the organization

The Frontier Work Organization (FWO) undertakes large projects of infrastructure i.e., road communication, bridges dams, canals, and earthworks. It has constructed 3797km of roads consisting of Kora Krum Highway, and Gilgit-Skardu Link, besides preparing 8 completely new and up-gradating 11 airfields. The FWO’s Motto “Striving for Excellence” demands merciless and unremitting effort, struggle, and movement towards new peaks of the engineering competencies. This being the spirit and driving force behind FWO, it is bound to achieve a new level of professional excellence in times to come.

The services of the Pakistan Army in Northern Areas and Kashmir can’t be hidden. Without any financial assistance from the Government, Pakistan Army along with FWO have jointly constructed and are maintaining critical communication networks including roads and tracks in Azad Kashmir and Northern Areas. For instance, the Laswa and Kiran Bypass, besides other difficult forward roads. The roads have since not been taken over either by Northern Area Power and Water Development or Azad Kashmir Power and Water Development. The entire civil population in the area is dependent on these roads for their daily supplies. Along with the vulnerable sectors of the roads in the Kel Sector, necessary protective walls and gabians have also been constructed to protect civilian and military traffic from hostile fire. Further, in the entire Azad Kashmir and Northern Areas, Army is providing tremendous medical and education services to the civilians.

But recently on the 4th of June 2022 Pakistani government approved a 6% hike in the defense budget for ‘critical shortfalls’ and now the budget has been increased to 1.45 trillion in order to meet the needs state’s armed forces.

The main responsibility of our army is to defend our beloved Pakistan against all internal as well as external threats. However, Pakistan Army also shares the economic burden of Pakistan by embarking on nation-building projects because of its displayed and results from assured performance, commitment, loyalty, and efficiency.

The Mighty Pakistan Army is the Best and holds the honor of being the 9th most strong and competent army among the armies of the world.  According to Stephen Cohen’s book,

*Ahmed Saeed is an Analyst based in Islamabad.