Noor Mukadam’s murder: A rarest of the rare case 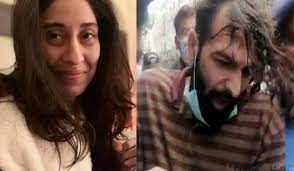 The name Noor Mukadam has been on the rise in Pakistani news and on social media since the 27-year-old daughter of a former Pakistani diplomat was beheaded in Islamabad. On the night of July 20, 2021, police arrested suspect Zahir Zakir Jaffer at the scene of the attack. Police also arrested accused’s mother and father, as well as two domestic staff accused of acting as accomplices and hiding the evidence. The shocking details of Noor Mukadam’s killing, her beheaded body, and signs of torture and stabs, have stirred anger in Pakistan.

The crime rate of any country decides the safety and security of the people along with the developmental aspects of that country. Crimes can be found in all spaces of life and affect every sector of the society. The present age-old colonial punishment system is not suitable to control the offences; it should undergo a radical change. The only one way to control the crimes and to diminish its bad effects on society is imposing proper punishment to the responsible persons and implementing them without any delay. Whenever there is a criminal, there is a victim. Whenever there is a victim there is a judicial system. And whenever there is a judicial system there is a punishment. Punishment, thus, cannot be regarded as an act of revenge against a guilty or unlucky individual who has given way to mischievous inclinations but as an indispensable sacrifice to common safety. Capital punishment is in practical as an effective measure to warfare crime and for hundreds of years its legitimacy was not questioned.

The administration of criminal justice involves the infliction of punishment on the person guilty of the offence. The recognized punishments under the Pakistan Penal Code are death penalty, life imprisonment, imprisonment simple or rigorous, fine or forfeiture of property. The omnipresent and omnipotent nature of crime is wreaking havoc to the modern society. In modem times in almost all countries, capital punishment is imposed in rarest of the rare case to make its imposition less painful. Hence, until a suitable solution is discovered to prevent the crimes in the society, the capital punishments should be continued. When a murder is committed in an extreme brutal, ridiculous, diabolical, revolting, or reprehensible manner; it reflects intense and extreme indignation of the community fall in the category of rarest of rare cases. One such example is the Noor Mukkadam’s horrific murder that is a test for judicial system, cauterizing it as “rarest of rare” case and extreme punishment is demanded for the sake of ensuring justice. The category of the ‘rarest of the rare’ is always evolving. It is the evaluation of certain cases that makes them fit into the category of the ‘rarest of the rare’, and not the nature of the crimes as such. In such cases, the legal judgments say that the judicial power is obligated to the collective to repair the moral fabric of society which the crime has torn.

There is no statutory definition of rarest of rare. The Doctrine of Rarest of Rare was established in the case of Bacchan Singh v. State of Punjab ((1980) 2 SCC 684) in India. In a criminal trial, the nature and gravity of the crime are taken into consideration for determining a suitable punishment. The court shall be deemed to have failed in discharging its duty if proportionate punishment has not been awarded for those crimes which are committed not only against one particular individual but can be said to have been committed against the society at large. Therefore, weightage is given to the atrocity and brutality with which the crime has been perpetrated, the enormity of the crime warranting public abhorrence and it should respond to the society’s cry for justice against the criminal. That is, the existence of such extraordinary grounds on which the court has no choice but to influence the death penalty for the survival of the State as well as society.

Above all the ‘rarest of the rare’ doctrine must be done away with and death penalty must be the rule rather than the exception. Until this rigorous application of capital punishment is given, reduction in crimes will be a distant dream. While the need for death penalty is constantly felt, one must feel that this is not a place for any vendetta. It is not a thing to be boasted off, but rather this is a part of the State’s utmost responsibility towards its citizens to ensure their dignity, safety, security and obviously the cherished human rights. It’s better late than never. Let’s strive to make our nation free from all evils by strictly implementing death penalty thereby making our land a better place to live in.

The writer is a research scholar LL.D (Public Law) and is serving as a lecturer at Lahore Leads University’s Department of Law. He can be reached at [email protected].

More about Oh My Genius 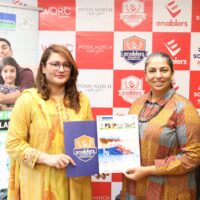