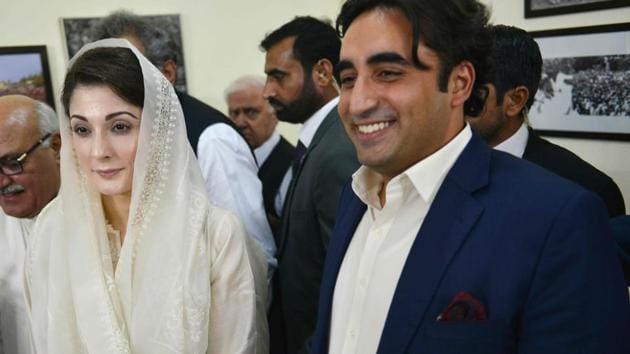 Federal Minister for Science and Technology, Chaudhry Fawad Hussain said on Sunday that Pakistan Tehreek-e-Insaf (PTI) had to level its ranks as PTI and Imran Khan were the only future of Pakistan.

In his tweet, Fawad Chaudhry wrote that Imran Khan was the future of democracy in Pakistan and there was no other figure of such political standing as compared to him.

He further wrote that considering Maryam Nawaz and Bilawal Bhutto as the political leaders of Pakistan was a slap in the face of democracy in the country.

He also wrote that neither Nawaz Sharif was an ideological political figure neither his party ever had any ideology.

He further wrote that PML-N, being in power for a longer period of time, had become a group of such people who play politics only for their own interests and they could not be called as ideologues.