Upsurge in cybercrimes against women: A new challenge to the criminal justice system of Pakistan
Blogs Featured

Upsurge in cybercrimes against women: A new challenge to the criminal justice system of Pakistan 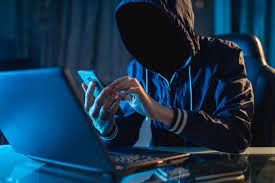 The role of information technology is remarkable in today’s world. It has expanded over the past two decades and has become the hub of today’s global and technological development. However, it also has its drawbacks that are evident by the spread of cybercrime in the vast cyberspace. Upsurge in cybercrimes is on the rise, and women have been drastically victims of cybercrime. Some perpetrators send obscene emails, harass women in chat rooms, on websites. They try to slander women, make pornographic videos showing women in a compromising position, usually make them without their consent, falsify e-mails, convert images of pornographic content, and so on. Sex offenders search for their victims on social media sites as well as work or marriage websites where people post their personal information. Due to the disclosure of personal information, women have become victims of cybercrime.

Upsurge in cybercrimes includes cyber pornography/ obscenity, cyber stalking, cyber bullying, cyber morphing, sextortion and revenge porn. Cyber pornography includes pornographic websites, pornographic magazines produced using computer and the internet to download and transmit pornographic pictures, photos, writings etc. Cyber stalking refers to the extension of the physical form of stalking when an electronic medium, such as a computer, internet, e-mail or other electronic device is used to search, harass or contact other people in an unwanted manner. These crimes were committed with the sole motive of controlling the victim and thus targets women in most of the cases. Cyberbullying can be defined as the use of information and communication technologies such as email, cell phones and pagers, instant messaging, defamatory personal websites and defamatory personal voting websites to support intentional, repetitive and hostile behavior of an individual or group to cause harm to others. Revenge pornography is one such cybercrime that has become all too common in our society. Revenge pornography is a sexually explicit image of a person that has been posted on the Internet without that person’s consent, more specifically in the form of revenge or harassment. The main problem with law enforcement is that these crimes are usually not reported due to social problems and stigma. Sextortion is a new method of extortion that involves sexual harassment. In this case, the technique used by sextortionist is to threat the victim to reveal her personal image and information, which can be embarrassing if the victim does not offer sexual services to the blackmailer, such as consent or participation in sex, or live or online pornography and other direct video communication.

On August 16, 2016, the Prevention of Electronic Crimes Act (PECA) was promulgated. PECA is a cyber legislation and new addition to penal laws of Pakistan including both procedural and substantive aspect. Section 18 of PECA defines offences against dignity of a natural person and stipulates that any person who intentionally and publicly discloses or publicly transmits information through any information system known to be false is punishable by imprisonment of up to three years or a fine of one million rupees, or both. Section 19 defines offences against modesty of a natural person and minor. Anyone who intentionally and publicly displays or transmits any information that includes a photograph or video of a sexual nature is punishable by imprisonment for seven years or by a fine of five million rupees or both. Section 21 deals with cyber stalking and provides that a person with the intention of forcing, intimidating or harassing a person through an information system, internet, website, e-mail or other similar means of communication is guilty of cyber stalking. Cyber stalking is punishable up to one year in prison or a fine of one million rupees, or both. Section 22 of PECA defines spamming. A person commits the offence of spamming who intentionally sends harmful, fraudulent, misleading, illegal, or unwanted information to anyone without the consent of the recipient. Anyone who commits this crime for the first time will be fined fifty thousand rupees. For every subsequent violation accused will be punished with imprisonment for a term which may extend to three months or with fine which may extend to one million rupees or with both.

The role of judiciary in fighting Upsurge in cybercrimes is as important as the legislature. The purpose of Courts is to adjudicate, interpret and to protect the fundamental rights of the individuals. The High Courts in Pakistan have taken concrete steps by holding that in cybercrimes that are punishable up to five years and not falling under the prohibitory clause, the grant of bail is not a right of the accused but a concession and where the accused is prima facie involved in a case against the dignity and modesty of a women, accused is not entitled to the concession of bail. For instance, the Lahore High Court in Usman Bin Mehmood vs. The State (2018 PCrLJ 408) has held that the accused by betraying trust reposed by prosecutrix, exposed her on internet and shared indecent images not only with her better half but with others as well. Such was a flagrant intrusion into privacy that had brought a young lady into perennial embarrassment and ridicule within and outside family fold. The Court refused bail to accused. In Muhammad Usman vs. The State (2020 PCrLJ 705), objectionable pictures, which were uploaded through cell phone on WhatsApp, were recovered from the possession of accused. Accused had also committed the offence of blackmailing by intentionally and publically exhibiting, displaying and transmitting the nude photographs for the purpose of some illegitimate demands. The accused’s bail application was refused by the Peshawar High Court. In Tariq Liaqat vs. The State (2020 PCrLJ 759), allegations against the accused were that he continuously threatened and defamed the family of his ex-fiancé by making fake identity information with different names and by uploading her personal pictures. Federal Investigation Agency (FIA) after receiving the complaint sent a request to the Facebook authorities for providing ID, IP address and login activity of the accused. FIA also sent a request to the Internet Service Provider for obtaining subscriber details. Subscriber information of the cell phone numbers revealed that both numbers were registered in the name of the accused. The Sindh High Court held that prima facie prosecution had sufficient material against the accused to connect him with the commission of the alleged crime.

The competency of PECA has come into question recently due to the growing number of Upsurge in cybercrimes that are being reported in the media. New laws will be enacted for protecting women from cyber offences under PECA because there is no clarity in the application of existing laws. The government must change the existing cyber laws to impose stricter penalties for these heinous crimes, which will increase as technology advances. New laws must be formulated in such a way that has a deterrent effect on society. The important question that arises is whether our legal machinery is sufficiently equipped to deal with such cases and prevent them in the future. The emergence of this new and shocking form of cyber offences needs the construction of a specific legal mechanism to effectively combat Upsurge in cybercrimes.

There are many challenges to successfully overcome cybercrimes, to prevent such incidents, education and public awareness are needed. Due to the lack of awareness of cybercrime that exists in Pakistani society, the public has many problems. Even law enforcement agencies are unaware of these crimes due to the complexity of these crimes. Therefore, an understanding of these crimes is necessary to get them under control. Without knowing them, we cannot make enough laws to punish criminals. Social media platforms are frequently used to distribute such content. Therefore, well-formulated laws, coupled with the active role of social media, will serve as a tool to address such a growing threat to society.

The writer is a research scholar LL.D (Public Law) and is serving as a lecturer at Lahore Leads University’s Department of Law. He can be reached at [email protected].

More about Oh My Genius launches