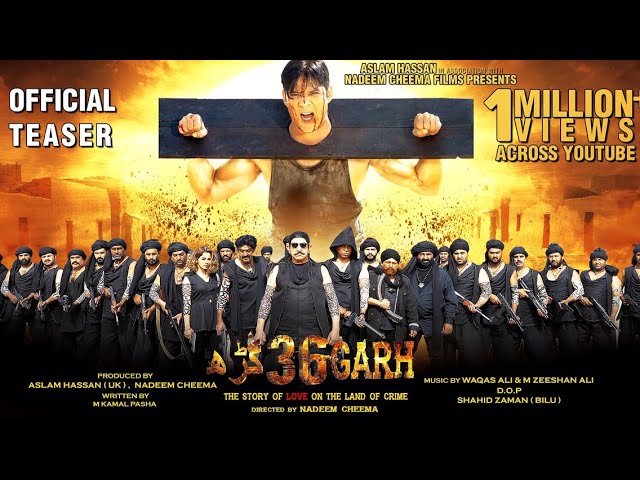 After the launch of the teaser on 12th of May, thousands of people have watched it on youtube so far leaving very encouraging and positive comments under it.

As the teaser tells it all, many of the scenes of the movie are film, ed in the desert where the cast and crew both are seen working hard in the hot sun.

Talking to CT, Director Nadeem Cheema said that he had been walking in the deserts of Pakistan for many days to locate the site for shooing.

He also said that he had completed the second spell of the movie and now it was in the final phase.

Talking about the lead role; Moammar Rana, he said that Moammar had actually put all his energies into the movie and his dedication towards his work was commendable.

36 Garh’s, with a tag line – the story of love on the land of crime, is produced by Aslam Hassan (UK) and written by M Kamal Pasha.

Here is the official teaser of 36 Garh:

More about Kasur is proud