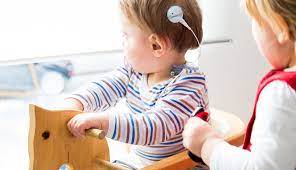 It is not that our resistance to accept scientific facts and rational thinking is something new. We looked incredibly at each other when Neil Armstrong first landed on the moon and walked a few paces.

Whatever may be our behavioral attributes as a nation, one thing clearly stands out that we, as a nation, are, by and large, immune to reasoning. We are not ready to accept broad day facts and realities and, instead, tend to find arguments in our favor in order to keep sticking to our guns. The herd mentality syndromes vociferously projected by George Orwell in ‘The Animal Farm’, about a century back, are still applicable in our case. The animals created a chorus of ‘Four legs are better than two legs’ in all circumstances and now the chorus of ‘Thieves and dacoits’ or ‘They looted and plundered the nation’ is orchestrated by the government spokespersons and presented handily whatsoever be the issue, though such charges are seldom supported by any evidence. The ‘what, when and how’ of the theft are never referred to.

In an alarming calamity like the one caused by the spread of COVID-19, the general masses in the country are not even willing to accept there being any tangible threat. Generally, our masses give it the name of a business ploy used by the big powers to sell their vaccines and costly drugs. Mosques and market places present a scenario where people are seen moving about in throngs without wearing masks, throwing all precautions to the winds. The daily casualty figures and appalling statistics of fresh corona cases fail to convince them that the catastrophe is looming large. In their opinion, it is only a well-thought-out plan to keep our children out of schools and institutions of higher learning with the object of keeping our new generation out of the competition of economic prosperity.

It is not that our resistance to accept scientific facts and rational thinking is something new. We looked incredibly at each other when Neil Armstrong first landed on the moon and walked a few paces. He said that it was a small step in appearance but a big leap forward in the human efforts to conquer the space. We were not willing to believe that anyone could walk on the surface of the moon which is too thin and too short-lived to be seen on the western horizon one evening before Eid. We readily jump to the conclusion that polio drops are intentionally administered to our infants in order to make them impotent men and infertile women and hamper our ambitions of earning the distinction of being the most populous country in the world. We are unwilling to accept that women could be better talented than men or even be remotely competitive. Judiciously looking, the facts may be totally different. Stefka Kostadinova cleared the bar at 2.09 meters in high jump in 1987, while our outstanding male athlete Shehroz khan has got the distinction of holding the record of 2.07 meters in Pakistan in 2018. Li Wenwen, a Chinese lady has a world record of combined weight-lifting of 337 kg, while Talha Talib of Pakistan has a record of lifting 304 kg. Still we insist on saying that women are weaker and inferior to men. What can make us think rationally?