The question is ‘are we a nation?’
Blogs Featured

The question is ‘are we a nation?’ 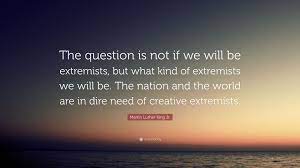 We must understand the fact that, to contribute in becoming a nation, somebody’s financial status does not matter. All that matters is being free yet responsible.

The major and ideological cause of Indo-Pak Partition in the subcontinent was Two-Nation Theory. In 1930, Poet of the East Dr Allama Muhammad Iqbal gave his famous Khutba Ala Abad where he demanded a separate homeland for the Muslim of subcontinent. According to him, Muslims had their own identity and that also as a nation.

Struggle for the freedom of the Muslims of the subcontinent was already underway after the 1857 War of Independence but, after the Ala Abad address, the journey of independence was at full swing. In 1947 finally, the Muslims of the subcontinent got a separate homeland; Pakistan. The purpose behind this struggle was not to get a separate piece of land, as Quaid e Azam said, but a systematic effort to rise as a nation in the world.

Unfortunately, we forgot this ideology very soon after the partition and got divided into sectarian, linguistic and social groups. Here in Pakistan, the society seems divided into four main classes i.e. working class, lower class, middle class and upper or elite class. Everyone is running after his/her own interests and benefits. The working and lower classes are struggling for their survival while rest of the two are doing well for gaining power and authority. Everyone in these groups wants to rule the people. Selfless concerns to build a nation and to bring to the young leadership to the front do not exist.

Here, the question which strikes our minds is that ‘are we a nation?’ In addition to this, what are the factors which are needed to be called as a nation? What is the role of education and environment in this regard?

Let me tell you a story of a rich man and a poor boy. You might get the answer after reading this story. I was sitting at a public place a few days back when a rich man parked his luxurious car outside that place. He entered the place, got seated on a bench nearby and started smoking. Although it was not allowed to smoke at that place but he continued to do so. Next to his bench, an almost seven-year old boy was eating banana and was putting the peel in his pocket. I asked him why he was not throwing the peel away. On this, he said that he was not allowed to throw the peel away at this place. I thought at once that an educated man was violating public rules despite having the sense of discipline and manners and there was nobody to stop him because he looked rich. On the other hand, a poor boy was following the rules of that place. At that point, I realised that why we are not a nation.

The poor follow the rules because they are fearful of the consequences but the rich break them because they are in power and consequently do not have any fears. We must understand the fact that, to contribute in becoming a nation, somebody’s financial status does not matter. All that matters is being free yet responsible.