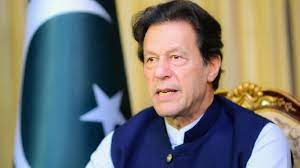 Prime Minister Imran Khan has asked the Ministry of Power to solve the problems of Faisalabad’s textile industry as early as possible.

On Wednesday in Faisalabad, while talking to the businessmen dealing with the textile industry, the prime minister said that Pakistan’s financial situation was firm even despite the issues due to the COVID-19.

He also asked Minister for Industries and Production Hammad Azhar to talk to the business community to establish an Expo Center in Faisalabad.

He also directed the Ministry of Communications to make arrangements for constructing a motorway interchange at Chak Jhumra.

He directed the Ministry of Aviation to chalk out a plan to construct Faisalabad International Airport.

In the meeting with the prime minister, the business personalities promised to escalate the exports of textile industry to 21 billion US dollars by 2021.

At the event, Imran Khan also talked to the laborer representatives who admired the initiatives taken by the government to resuscitate the textile industry in Faisalabad.