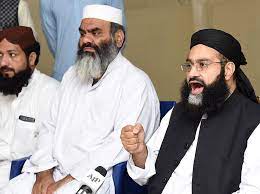 Maulana Tahir Ashrafi, Special Representative to the Prime Minister on Religious Harmony, has said that all the minorities dwelling in Pakistan are having complete religious freedom.

He added that Pakistan’s stance about Islamophobia is the stance of the whole Muslim world.

He further said that evil schemes are being devised against Pakistan so the European countries should not ignore the facts.