Pakistan of today was like the England of past
Blogs

Pakistan of today was like the England of past 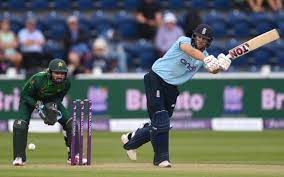 Every nation has to pass such circumstances and situations that Pakistan is facing today. The most developed countries have also gone through the same phase of chaos, bewilderment and confusion that Pakistan is going through.

I would like to quote the example of Great Britain and similarities between the Britain of the past and Pakistan of today. The Great Britain is one of the developed countries of today but my question is that did it never face any chaos or ups and downs? Yes it did face many bewilderments and anarchy. But one should not count the drawbacks of a nation but how a nation emerged from all these hurdles that Pakistan is facing today. England in her yester years suffered from the anarchy and supreme power of church and its authority through the pope. Church power was so immense that it could conspire against the ruling monarchs or it could also decide that who would be the ruler. Church had the power of the masses and people used to follow church blindly. Whatever pope said was the ultimate truth and the people had to follow it. Pope was considered the representative of God. Such enormous powers were in the hand of pope and these powers exploited the true teachings of Christianity. Pope manipulated religion in order to fulfill his goals and desire. Church which was considered the symbol of purity was blackened by the enormous powers bestowed on it. People, at first, were ruled by the church but later in the renaissance age that was the age of enlightenment people started raising the questions. They questioned the teachings of the church and the powers of the pope. The main source was education and learning that brought the insight of the question.

How can I relate the sufferings and chaos that England went through to the Pakistan of today? One can also argue that whole example is false because England at that time was totally under the monarch system whereas the Pakistan of today is totally under the democratic system. My answer to these questions would that no matter the system under which these countries are ruled are different but the situations that Pakistani people are facing today are never the less the same.

Pakistan and the people of Pakistan are totally divided under different sects and these sects are governed by the mullahs, ulemas and moulvis. People follow these ruling masters blindly as people of England used to follow the pope. Immense power has been given to these ruling masters in the shape of materialistic power or the power of politics. So in the same situation we are caught in the confusion to who to follow and who to believe.

People of Pakistan are following these ruling masters blindly and without questioning their credibility. Theses ruling masters are using the innocent and illiterate people for their own benefits. Even politicians get the help of these ruling masters so that they can win the vote of the masses. The need of the hour is to raise questions and to know the true spirit of Islam. The true spirit of Islam is not to believe someone blindly and to kill our own fellow Muslims in the name of Islam just because one of our ulemas has said so.

What brought England out through the dark ages was the essence of learning and getting oneself educated. One can only be out of the dark ages of confusion and anarchy only through the beacon of education. Education is important so that one may break the web of the ruling masters who govern the illiterate people through their false dialogues, information. They create a web around the innocent minds and manipulate them in order to fulfill their own goals.

Education is important that’s why in the tribal areas schools and colleges have been destroyed so that our nation could not attain education and can be devoid of the spirit of questioning. Lack of education is lack of awareness and this could result into a chaos for any nation.

The spirit of education, learning, and questioning that brought England out of the hurdles of confusion can also help Pakistan to get out of the chaos. One should follow the true spirit of Islam to protect our brotherhood and to work for the welfare of the humanity. Islam is the religion of peace and truthful teachings of Islam should not be allowed to be manipulated by any sector or by any individual in order to attain his goals. To be liberal in one’s actions, to open one’s mind, to have the know-how of the world, to raise questions against anarchy could only be attained if our nation indulges themselves in the spirit of learning and education.

England has attained this glory only through the passage of raising questions and educating themselves. They followed someone or some institution not just for the sake of following but because they searched the answers to their questions and through learning they were able to attain such a position in the world.