The Clash of Generations
Blogs

The Clash of Generations 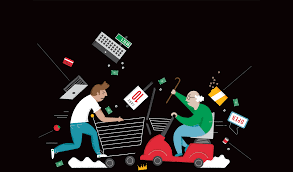 The traditional joint family system has broken apart. Grandfathers, grandmothers, uncles and aunts who would come running to take a weeping child in their arms are no longer around.

“Papa, you don’t know anything” is a frequent remark heard in our homes these days. The young generation expresses its frustration with the attitude of the parents, branding them as old-timers, devoid of knowledge about the modern day trends. They are too sure of their own superior knowledge and power of judgment. The elders bemoan the insolence and haughty attitude of the young generation. An air of antagonism constantly prevails between the older generation and the new. Representatives of the younger generation are not willing to be subdued by their elders any longer. Traditional norms and centuries old behavior patterns are spurned away by them as something trite and ridiculous. The old are considered by them to be nothing more than ATM’s which should only meet their financial demands and then should have nothing to do with their plans and actions.

Such a chasm between the two generations has not emerged abruptly. It is the result of years of neglect on the part of the parents about their off-springs. The parents have been too busy in meeting the demands of the material routine duties and engagements of life that they forget to give the tactile warmth which can only be expressed through affectionately cuddling the young ones in their arms. The bread-earners leave for professional engagements without bothering to extend a smiling glance towards the children. They have businesses to be conducted and meetings to attend. Even on Sundays, their forgotten chores and pending tasks keep haunting them at the cost of neglect for the young ones, who remain hungry of affectionate parental attention. Fathers think that they are serving the cause of the children by earning enough for them. All out efforts are made to pamper the children in financial terms alone.

The mothers give more time to chatting with the members of their club circle than paying attention to the expectant eyes of their children who are most of the time entrusted to the care of their maids. Young mothers abhor the idea of breast-feeding the infants, depriving them of their natural basic right. They think that such indulgence would adversely affect their physique, slacken their shapely curves and spoil their presentable appearances. The evenings are mostly reserved for business dinners and club meetings and bridge parties. The parents have no time even for the teacher-parent meetings where most of the behavioral problems of the children could be discussed and easily resolved.

The traditional joint family system has broken apart. Grandfathers, grandmothers, uncles and aunts who would come running to take a weeping child in their arms are no longer around. Couples detest the presence of interfering kith and kin near them. Their independence is endangered by such indulging bonds. The closely woven net-work of close relations has lost its attraction and utility. Children of a family hardly find opportunities of saying hello to their close relatives. They are bred to be selfish and careless. Naturally they grow up to become quite insolent and indifferent as members of the family. In some case it gives rise to serious conflicts in the family on account of non-conformity to the traditional norms.

At schools and colleges, the present day children are getting education which is much more broad-based as compared to the education received by the members of the older generation.  Previously all parents wanted to see their children becoming doctors or engineers or bureaucrats. Now, the measure of successful grooming is different. Young people aspire to be movie stars, singers, musicians, producers, directors or high class performers in the field of sports. Technology is mostly responsible for the professional preferences now seen by the young people. The internet and the media are profusely instrumental in popularizing newer and newer careers to be chosen. They project the generation conflicts so repeatedly that the new generation cannot remain immune from its effects. Young people start examining their own situations in the light of what they view over the media and take to behaving differently from the traditional norms.

Unfortunately, there is colossal social incoherence prevalent in our society. There is a clear gulf between the ‘haves and the ‘have-nots’. Children of the well-to-do families are pampered to the extent of becoming insolent and rude to the elders. Their choice of dress, their liking for music and movies and their food preferences are markedly different from those of their parents. Their opinions are expressed vociferously and more independently without regards to the experience and qualifications of the elders. Media is accepted by them as the only mentor and guide. They begin to spurn the wisdom of the elders as nothing more than rubbish. On the other hand, the elders, too, refrain from getting involved in arguments with the young, fearing that they might lose whatever control they have on the family. Lack of communication makes the two generations live in the same house as strangers.

Young children want their presence felt by the elders. They resort to rebellion against what their parents cherish most. They start misbehaving and to breaking all regulations imposed on them by the elders. Their non-conformity with the parental guidelines is reflected in the language they use. It can be distinguished by the differences in their language use. This is where the older generation finds itself to be insecure and incompetent. The new generation has created a parallel gap in language that can be difficult to communicate across. This issue is one visible throughout society, creating complications within day to day communication at home, at the work place, and within schools. As new generations seek to define themselves as something different from the old, they adopt new lingo and slang, allowing the new generation to create a sense of division and superiority over the previous one.

The transitions from each level of lifespan development have remained the same throughout history. They have all shared the same basic milestones in their travel from childhood, through midlife and into retirement. However, while the pathways remain the same, i.e. attending school, getting married, raising families, retiring, the actual journey varies not only with each individual, but with each new generation. For instance, as time goes on, technology is being introduced to individuals at younger and younger ages. The young people of the last generation had to introduce Atari and VCRs to their parents, Young children of the present generation have to teach their parents how to maneuver such things as DVRs, cell phones and social media. There is a vast difference in the interests of one generation and the other when it comes to technology.

What needs to be done in order to sustain a peaceful and pleasant living together is to strike a compromise. The elders would have a jolly time with the younger generation if they start giving more time and attention to their off-springs. Similarly, the young people would receive greater warmth and affection from the parents if they start looking up the elders as caring and useful guardians.