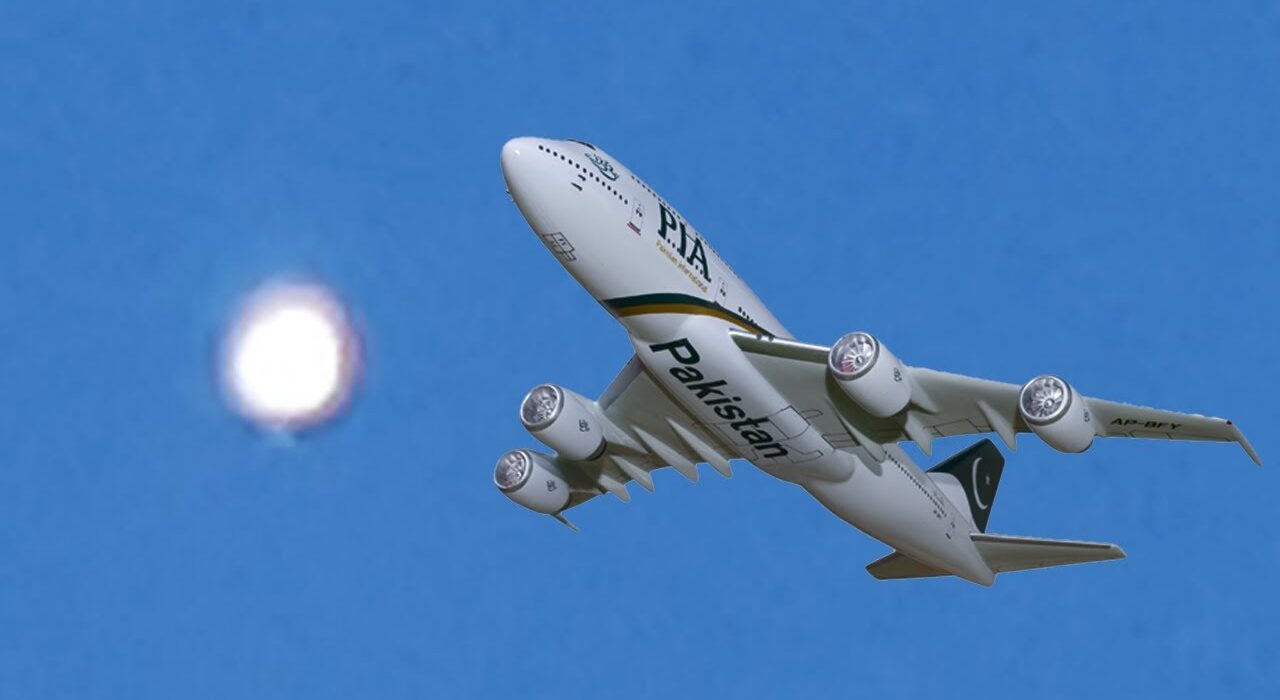 Reportedly, PIA’s pilot spotted a shiny object flying in the sky when he was flying Airbus A-320 near Rahim Yar Khan while going to Lahore from Karachi.

According to the local and international media, the pilot said that the object was very shiny despite the presence of day light.

As per the pilot, the objected he saw might be a space station or an artificial planet near earth.

Confirming the claim of the pilot, many residents of Rahim Yar Khan also watched that shiny UFO and made its videos too.

A PIA spokesperson also confirmed the news and said that the pilot spotted the UFO on January 23 at 4pm near Rahim Yar Khan during a Lahore-bound flight from Karachi.

The spokesperson also said that it could not be confirmed though that it was actually a UFO.

The video of the UFO has already been spread on social media where people are sharing their views about the incident.