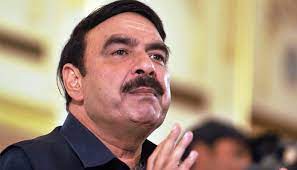 Prime Minister Imran Khan has restructured the cabinet and has assigned a new role to Sheikh Rasheed Ahmed as Interior Minister of Pakistan.

According to the Prime Minister Office, some changes have been made in the cabinet by giving new roles to Sheikh Rasheed Ahmed, Dr. Abdul Hafeez Sheikh, Azam Khan Sawati and Brigadier Retired Ijaz Ahmad Shah.

Earlier in statement a few days back, Prime Minister Imran Khan had signaled to reshuffle the cabinet by saying that ‘changes in the team are necessary to win the match’.