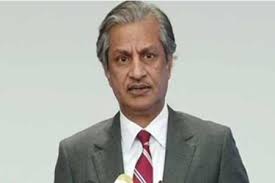 The senior journalist, in a video message while being taken to the hospital, said that he was shot in his ribs when he was on a walk outside his house in F-11 Park in Islamabad.

He also said in the video that “he wants to tell the elements who are behind this act that he is not afraid of such attacks.”

Reportedly, doctors from a hospital in Islamabad have said that the bullet hit Absar in his abdomen but he is out of danger.

Soon after the video went viral, Information Minister Fawad Chaudhry took to twitter and condemned the attack on the senior journalist. He also said that the police had been directed to investigate the matter.

Interior Minister Sheikh Rashid also tweeted that he had directed the IG Islamabad to investigate the incident and arrest the culprits immediately. He also wrote that those who were involved in the assassination attempt would be arrested soon.

Several journalists and anchorpersons have also condemned the incident and appealed the government to arrest the culprits as early as possible.