Governor performs groundbreaking of carpet road from Sahiwal to Lahore 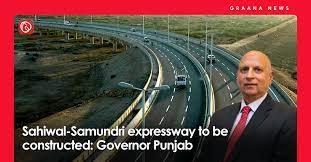 Punjab Governor Chaudhry Mohammad Sarwar performed the ground-breaking ceremony of a carpet road from Sahiwal to Lahore on Thursday.

According to the details, the governor inaugurated a project of the carpet road from Sahiwal to Lahore worth three billion rupees.

While talking to the people on the occasion, the governor said that the opposition parties were fighting for their political existence and the government did not fear from them.

He further said all the national institutions were in line for the prosperity and development of the country.

He also said that the government was trying hard to address the issues faced by the people and to give them every possible relief.