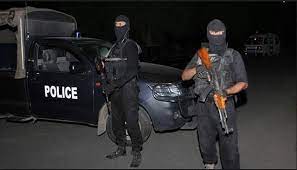 According to the CTD sources, the security officials deputed at the gate of the CTD Police Station Burki Road asked the terrorist for identification before entering the premises but he started firing instead. The CTD official hit back and killed the attacker on the spot.

Investigations revealed that the attacker was wearing a suicide jacket and carrying two hand grenades and a pistol.

The CTD officials called the Bomb Disposal Squad as well that defused the suicide jacket.